May02 Comments Off on The rise of the urban jungle 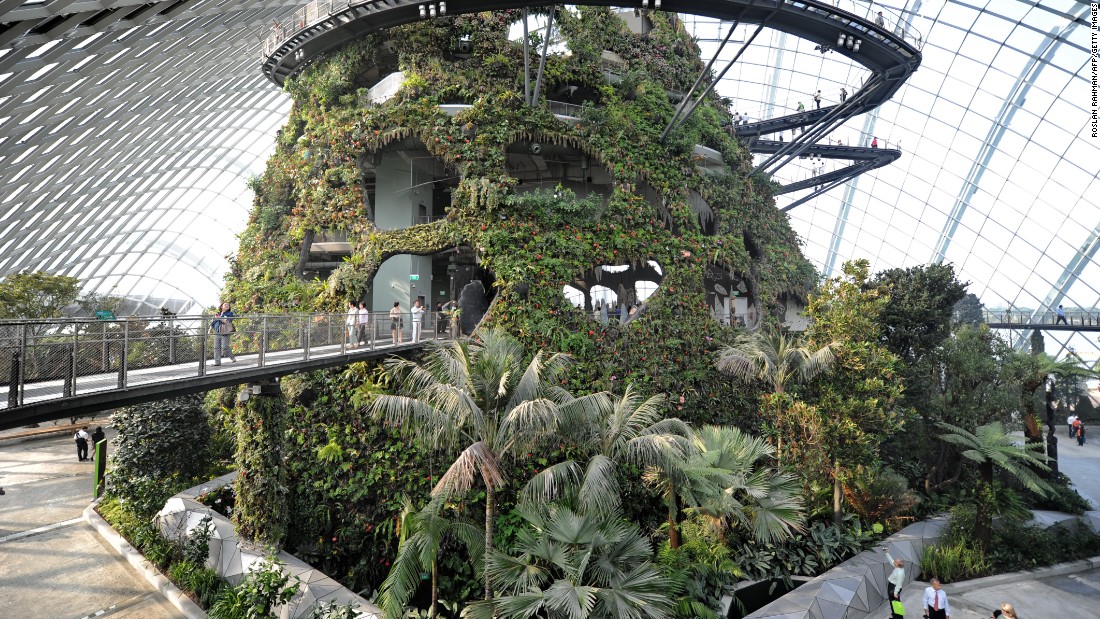 (CNN)What do an avenue of grand oaks, a community park and a rooftop vegetable patch have in common?

They can all form part of a city’s “urban forest”, which numerous studies over the past decade have concluded make people happier.
And that’s not their only job: urban forests protect our cities from extreme weather, climate change and water scarcity.
But with more than 70% of people expected to have squeezed into cities by 2050, this green infrastructure is under threat, according to the UN’s Food and Agriculture Organization (FAO). 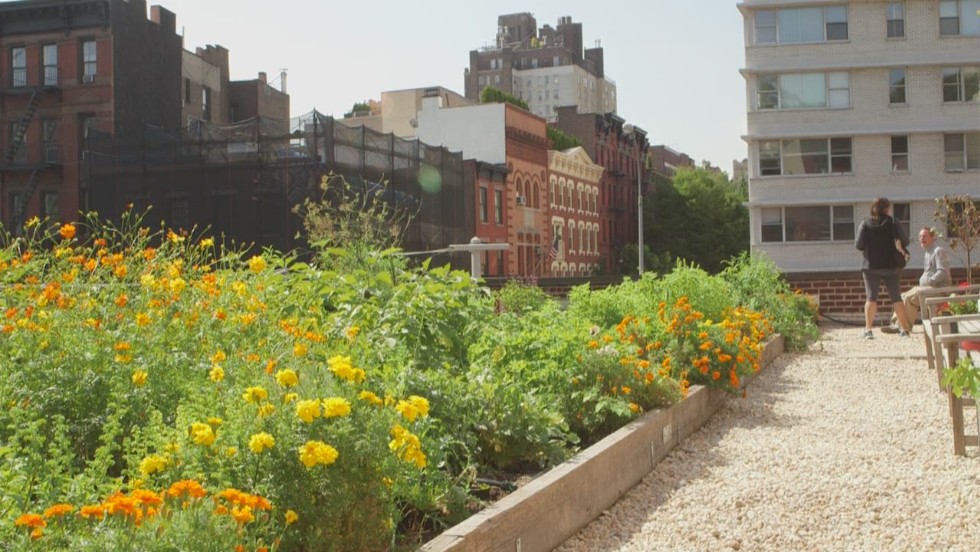 Where does your food come from?

“The cities of the future are going to have major problems in making sure that people live a decent life,” Simone Borelli, an urban forestry expert and co-author of a recent FAO report on global urban forestry guidelines, tells CNN.
“If you don’t maintain those forests there’s no clean water, and then there’s no food security. It’s a pretty simple equation but not many people think about it.”
Are we about to lose our urban forests?

You may not associate big cities like Singapore, New York or Pariswith forestry but look closely: each has its own green canopy to varying degrees.
This “urban forest” is defined by the FAO as “the networks or systems comprising all woodlands, groups of trees, and individual trees located in urban and peri-urban areas” — it encompasses everything from grand parks down to a single tree.
And while there are no guidelines on exactly how much forestry a city needs, experts are very clear on its benefits.
“People think trees are dispensable and they’re not,” Stephen Sheppard, a professor in urban forestry at the University of British Columbia (UBC) in Vancouver, Canada, tells CNN. “Green space is critical infrastructure.” 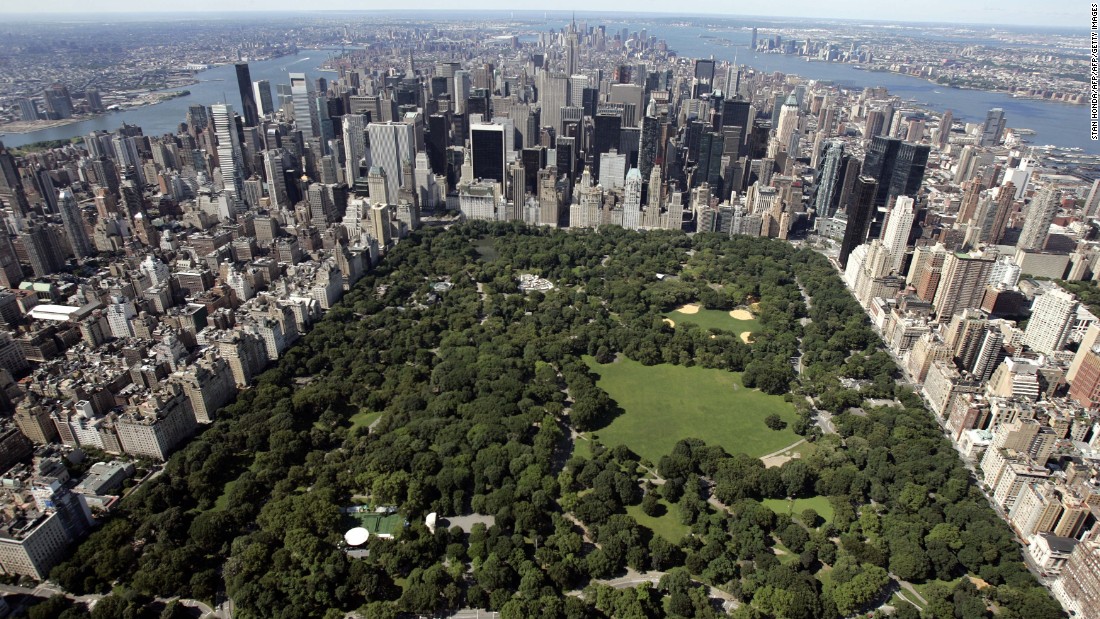 He lists their advantages: urban forests can protect a city’s land and water supply, acting as natural infrastructure that protects soil and absorbs rainwater, thereby reducing runoff which causes erosion of soil and sedimentation in local water supplies.
“In Vancouver a few years ago, we had a million people without drinking water for almost a month because they had so much heavy rain and it whipped up the mud and the sediment in the reservoirs and it wasn’t safe to drink,” explains Sheppard.
Green areas also enhance and conserve biodiversity by providing a home for native animals and — when such areas are linked — by creating green corridors for wildlife to move around a city.
Brisbane City Council in Australia, for example, pledged last year to invest $90 million to establish and preserve wildlife corridors across the city to protect the region’s struggling koala population, which had fallen by about 80% between 1996 and 2014, according to a recent study by the University of Queensland. 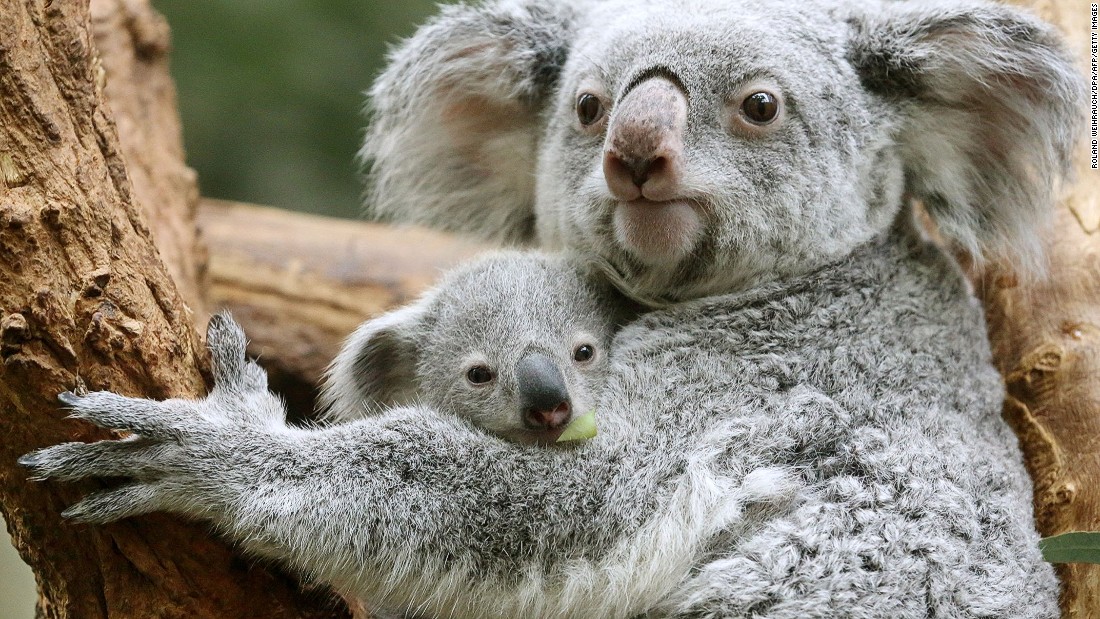 Tree coverage can also prevent landslides, mitigate the effects of flooding and protect from dust storms, Borelli adds.
And that’s not to mention climate change.
One of the biggest environmental challenges facing the modern world can be mitigated by urban forests: trees store carbon and moderate urban temperatures.
“With climate change, we know we are going to get three, four degrees increased temperatures minimum on average, which means a lot more heat waves,” says Sheppard.
“About the only low-cost way to deal with that is increasing and improving a healthy canopy of trees because they reduce temperatures and the urban heat island effect.”

So which cities are doing urban forests well?
Singapore is the world leader in terms of canopy cover, according to the TREEPEDIA project, run by the Massachusetts Institute of Technology (MIT), in the US, which measures the level of trees and shrubs in cities using Google Street View data.
Despite its high population density of 7,797 people per square kilometer, MIT gave Singapore a “Green View Index” rating of 29.3%.
Sydney, in Australia, and Vancouver, in Canada, also do green cities well, both scoring a Green View Index of 25.9% — although with its density of just 400 people per square kilometer, Sydney has a distinct advantage compared to Vancouver’s 5,249 people per square kilometer.
“Singapore was very much like Hong Kong … about half a century ago. It was densely built-up, very cramped and with very few trees — but then they introduced a clear policy to make sure that the city will … become a garden city,” Jim Chi-yung, chair of geography at the University of Hong Kong and one of the world’s leading experts in urban forestry, tells CNN.
Although Hong Kong’s canopy hasn’t yet been ranked by MIT, the city’s residents have less than three meters of public open space per person in the built up areas, which Jim says is “probably the lowest record in the world for cities of a comparable size.”
“(Singapore’s tagline) the ‘Garden City of Asia’ was made a part of their marketing strategy in a way to attract investors,” adds Borelli. “If you have a pleasant environment, a green city, then people are more willing to invest.”
Read: Singapore: Concrete jungle or greenest city on Earth? 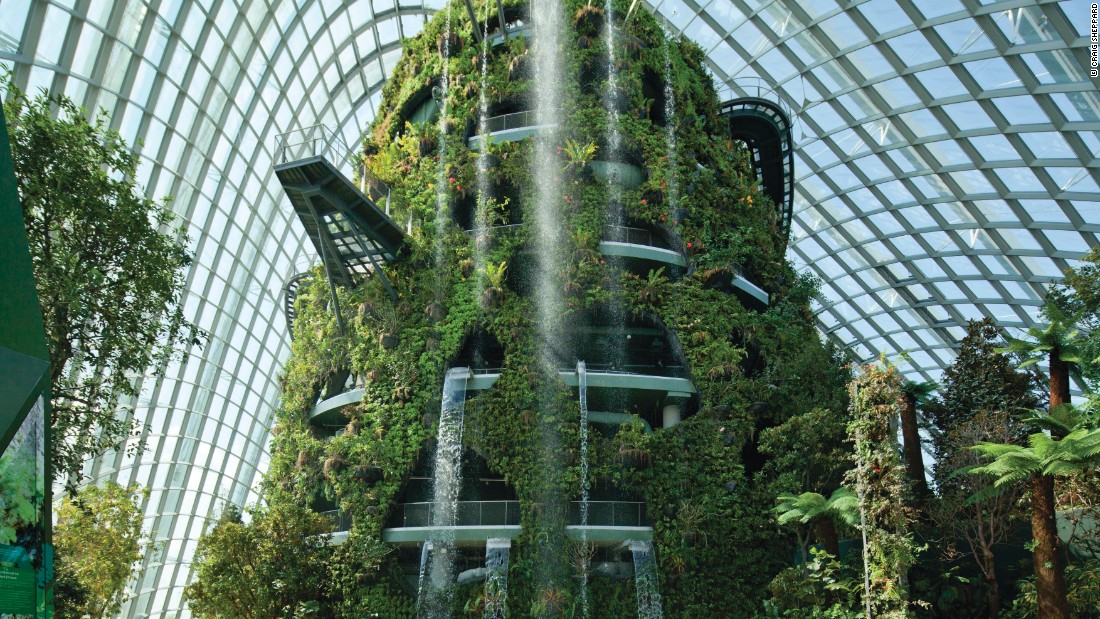 Singapore is not the only green innovator.
“I think a good case in point is Seoul, in South Korea — they actually took out an entire motorway (in the city center) and put the river in there with trees and plants,” Borelli says, referring to the Cheonggyecheon Restoration Project.
“In Manila, they are establishing miniature parks wherever they can — crossroads, along the railway, old industrial areas — there’s a lot of urban space that is wasteland, so there are areas that can be converted.”

Elsewhere, however, concrete is winning the battle against canopy coverage.
Despite its reputation as one of the world’s most beautiful cities, Paris — with a Green View Index of 8.8% — has the least canopy cover of the 17 countries assessed by MIT.
Hindered by its high population density — it packs 21,000 people into each of its square kilometers — the French capital faces similar problems to New York, which has the second-lowest Green View Index at 13.5% and 10,831 people living per square kilometer. 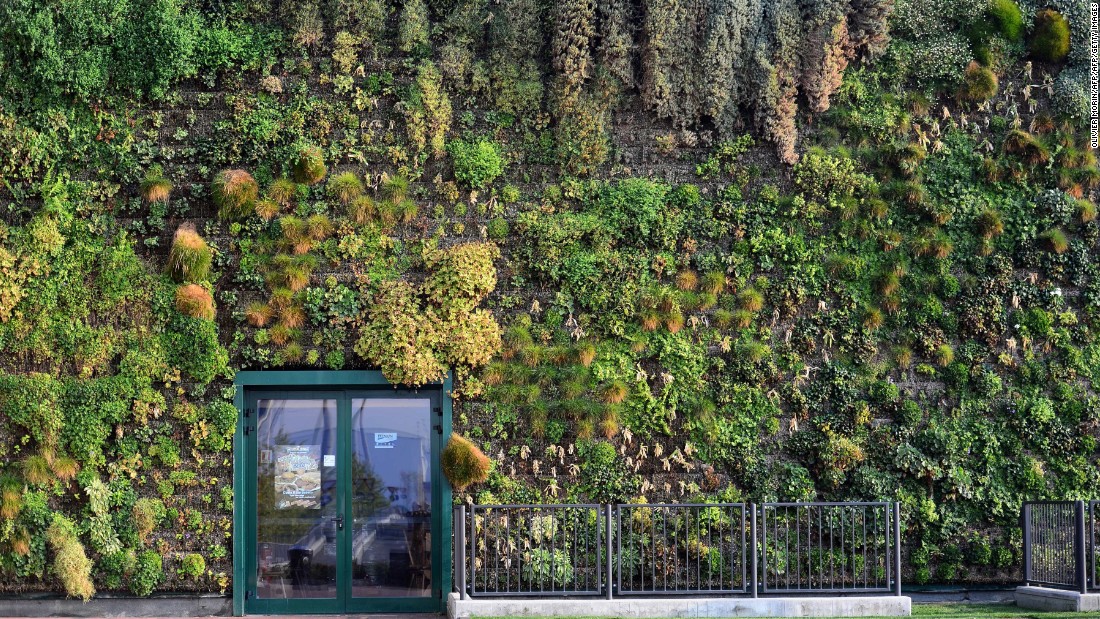 According to Sheppard, part of the issue for established cities like these is historical, when Paris and New York were urbanizing climate change, for example, wasn’t an issue.
“There’s been a long, fine history of arboriculture and tree care and tree management in an urban setting, but now we have to deal with a lot of other complexities,” Sheppard tells CNN.
“Some is about managing existing tree stocks but some of it is about planning for the future. The green things shouldn’t be what’s just left over. It’s a vital part of the city and it’s at risk of being lost.”
Borelli says that older cities need to look for new, creative ways to get greener.
“For some cities, in a way, there’s not enough space left, so going vertical might be a solution,” Borelli says
Stefano Boeri’s “vertical forest” Milan, Italy, and rooftop gardens around the world, he says, are examples of good solutions in established cities.
Read: Gardens in the sky: The rise of green urban architecture

Failing to plan really is planning to fail when it comes to urban forestry, says Borelli.
“More and more we are trying to discuss a city’s forests with landscape architects and urban planners and one of the critical challenges is to make sure that urban forestry is included in the planning from the beginning, not as an afterthought.”
China, he says, has perhaps understood this better than anywhere.
It has recently invested heavily in green belts to restore the environment and protect water systems in existing towns, while new towns are being built around existing vegetation. 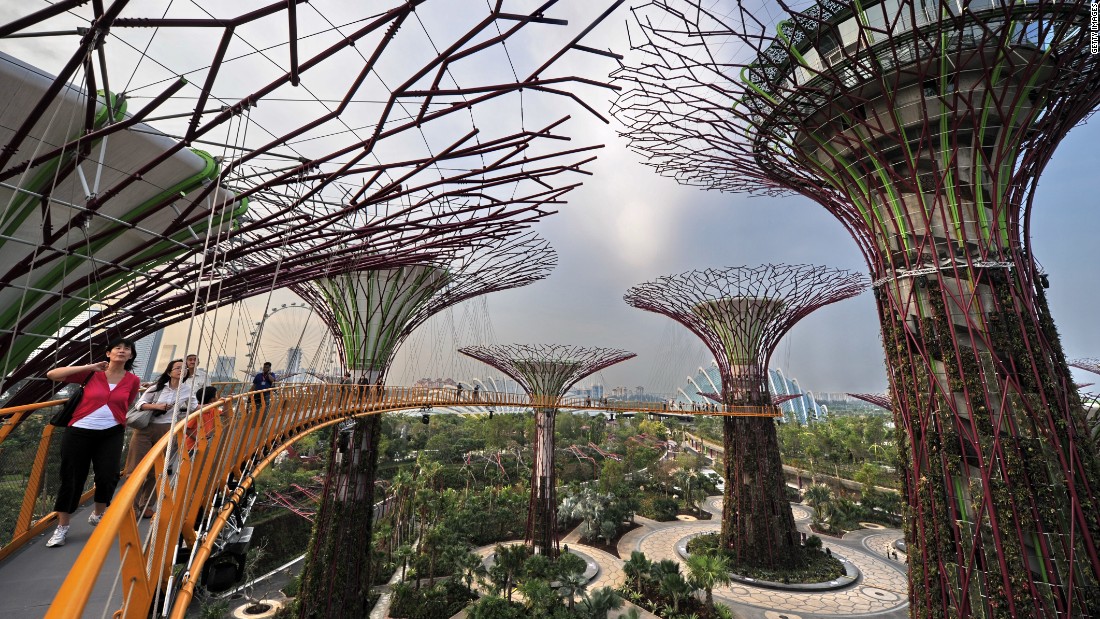 Read: The end of air conditioning? Asia architects use green solutions to cool buildings
“In China, they have a national forest city scheme and they now certify cities as national forest cities,” Borelli says, of the National Forest City program, which involved 170 cities and 12 provinces in 2015, according to the FAO report.
It’s had a remarkable impact, with tree cover in these urban communities increasing to 40% or more, up from less than 10 % coverage in 1981, according to the FAO.
But while China says it is hoping to grow “green minds” among its citizens, one of its other aims is monetary.
“The reason (China is) are doing that is really to attract business, to attract conferences, to attract tourists, to attract companies to come in,” Borelli says.

Costs may be the key

Forestry experts in general are upbeat about the growing realization among urban planners and governments about the need to increase greenery.
But Sheppard says, if cities don’t manage to achieve their greenery goals the health and environmental costs “are going to be huge”.
“Anything that looks like open space tends to want to be built on because it’s incredibly valuable per square foot or meter,” he says.
“And if you keep building and you don’t claw back some of that green space inside the cites from roads or future development sites then you are denying access to the things that make people happy and healthy.”